A research about the mediatic echoes from the officially called ‘Iguala Case’.

Ayotzinapa Case, the first project by Media Forensis, studied the mediatic echoes from the so called Iguala Case (the forced disappearance of 43 students by the police in Guerrero, México, in 2014) by emulating forensic aesthetics and techniques.

The project started with a series of drawings of the main actors of the case.

The first approach of a forensic investigation to the facts and actors of a case is a drawing of the aggressor or the victim on the basis of a witness testimony. Our witnesses were the popular digital images of those actors. The Spoken portraits were the most immediate answer to the intuition that drives the whole project: mediatic images tell, above all, a testimony about themselves.

This incomplete series has gained meaning from a retrospective sight, and is exhibited that way, incomplete, as a work in progress –after all, the Iguala Case is still an open case.

View of the exhibition at Biquini Wax EPS, 2018

When the portraits of the disappeared students arrived to the museum, we opened a second path of investigation, Level of Confidence, a video that interacts with the homonym work by Rafael Lozano-Hemmer. Imagining ourselves in the position of civil society, we asked ourselves: who are we looking for?

Lozano-Hemmer writes about his work:

“...The project consists of a face-recognition camera that has been trained to tirelessly look for the faces of the disappeared students. As you stand in front of the camera, the system uses algorithms to find which student’s facial features look most like yours and gives a “level of confidence” on how accurate the match is, in percent.
The biometric surveillance algorithms (...) in this project they are used to search for victims (...) The piece will always fail to make a positive match, as we know that the students were likely murdered...”

Before Lozano-Hemmer’s camera, we presented the same images whith which his work tries to identify the visitors (at MUAC museum that time). We found that only one of the 43 printed portraits was assosiated with its digital version –dictaminating a correspondence level (a “confidence” level) of only 20% and giving as result the phrase: “student not found”.

Afterwards, we became aware of an investigation by Anabel Hernández and Steve Fischer saying that the presumed material authors of Ayotzinapa crime were actually tortured construction workers. A crime was imposed on them.

This reenacment was made and exhibited at Casa Maauad.

View of the exhibition at Casa Maauad, 2016

Other Ayotzinapa victims, we discovered, were the viral portraits of the students, which for the most part shown some wounds –suffered, we think, during their reproduction.

We made a medical-forensic study which interprets and represents a wound in the viral portrait of Mauricio Ortega Valerio as a bullet wound over his face. We wanted to emphasize the thought-provoking violence suffered by this images, which were and are used by the civil society to vindicate the life of the students amongst phrases like “because they were taken alive, we want them alive!”.

The report articulates a theoretical research about image politics, forensics, mediatic disappearance as well as other related issues. 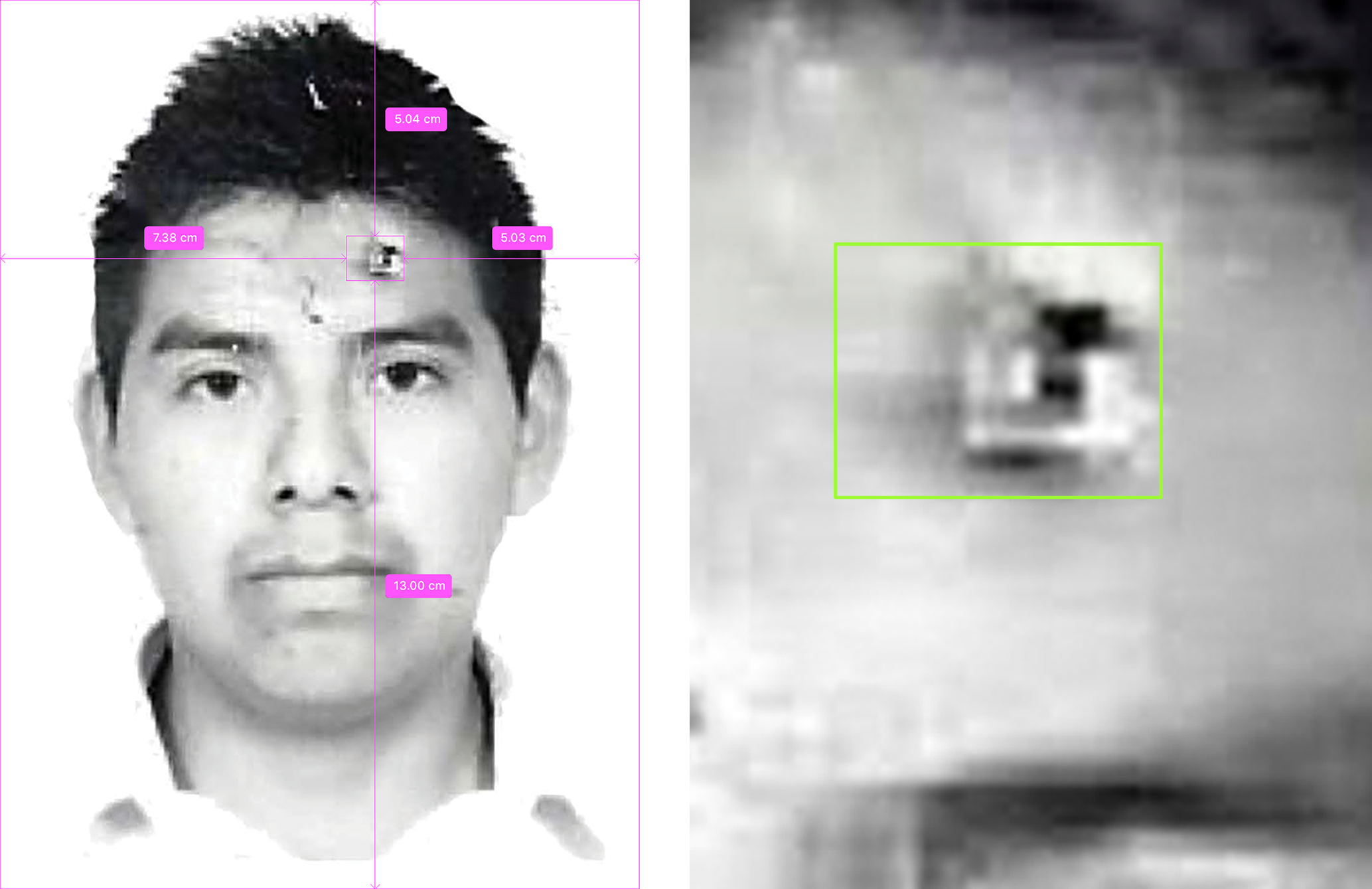 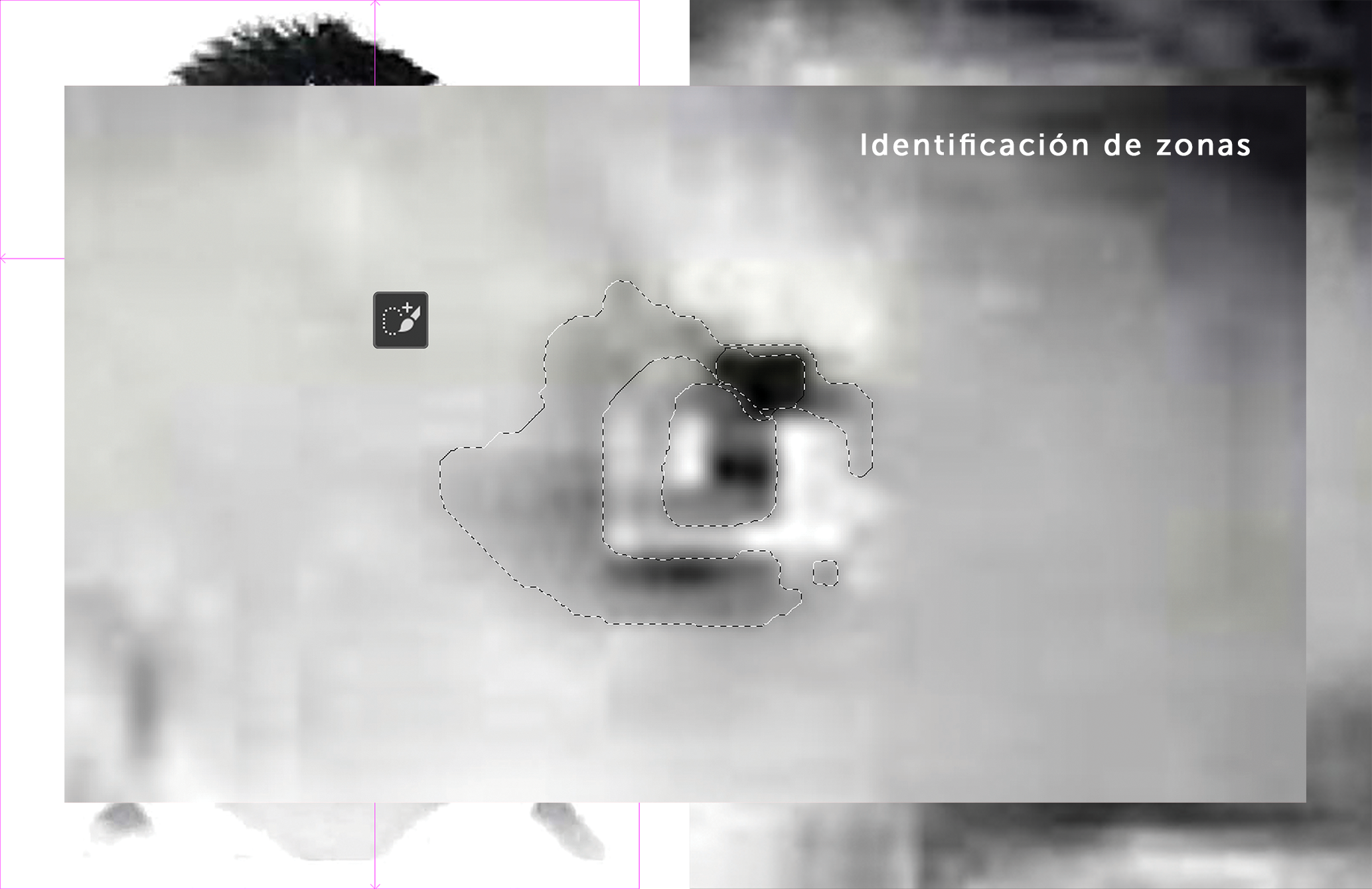 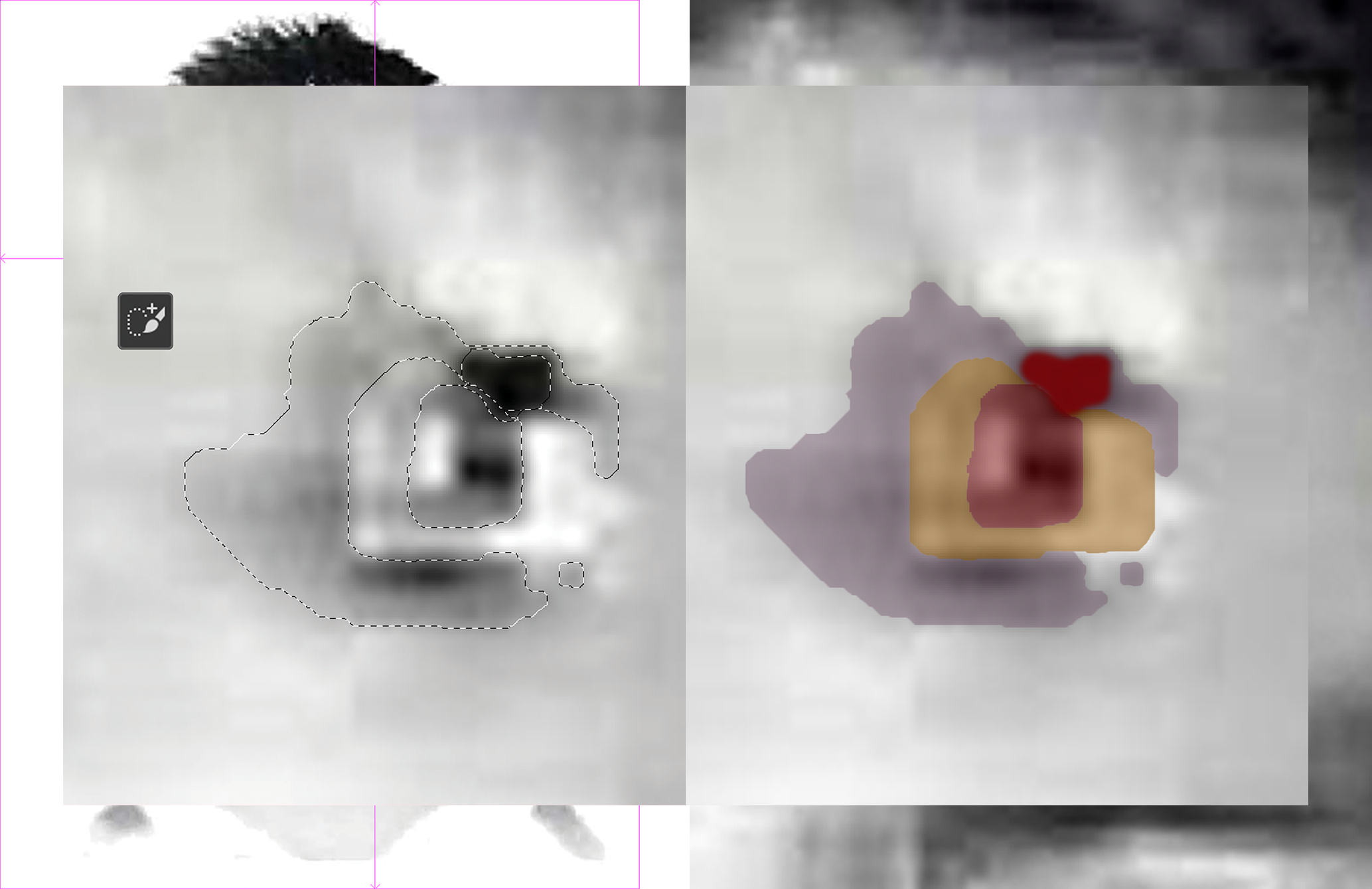 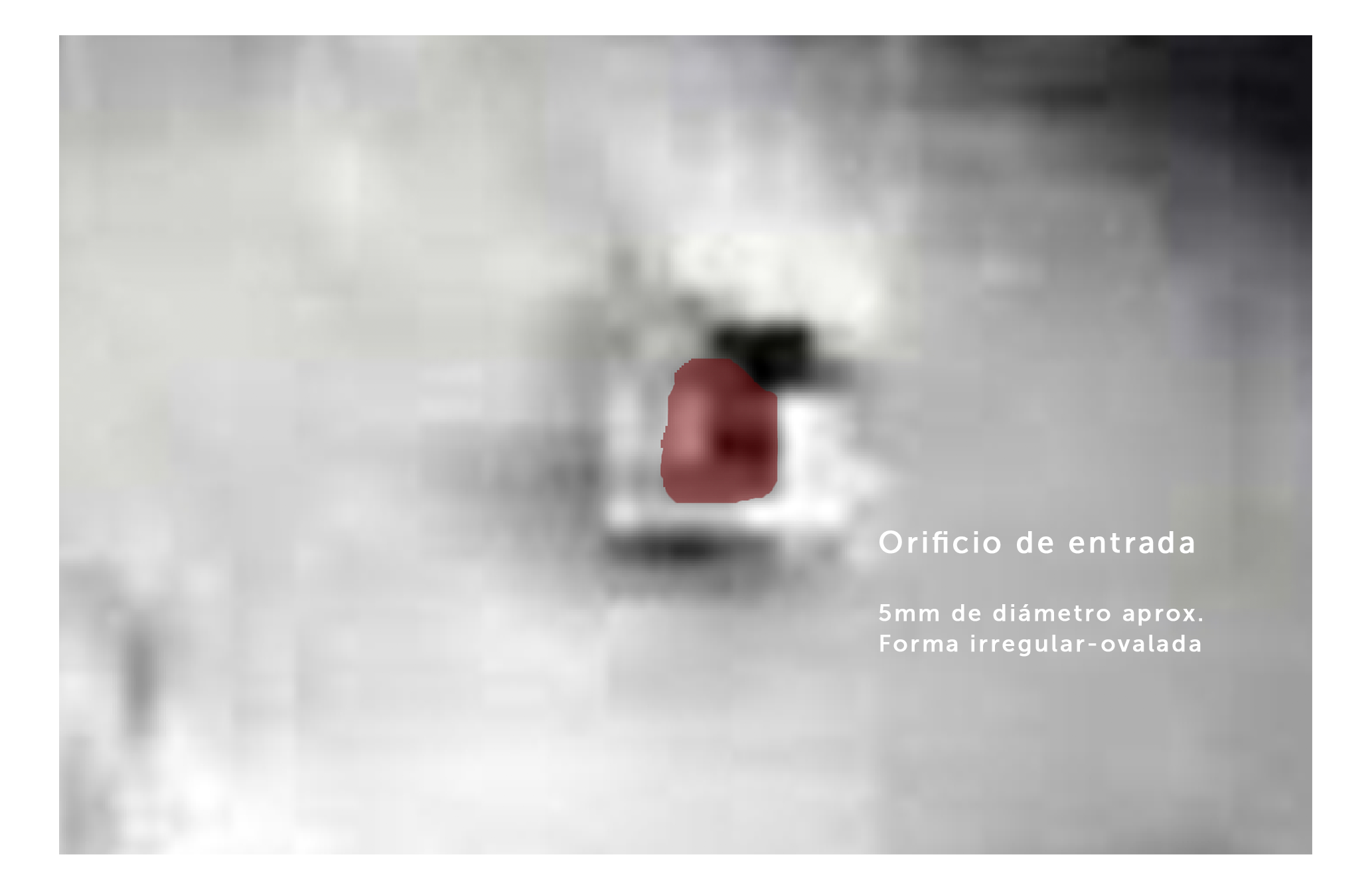 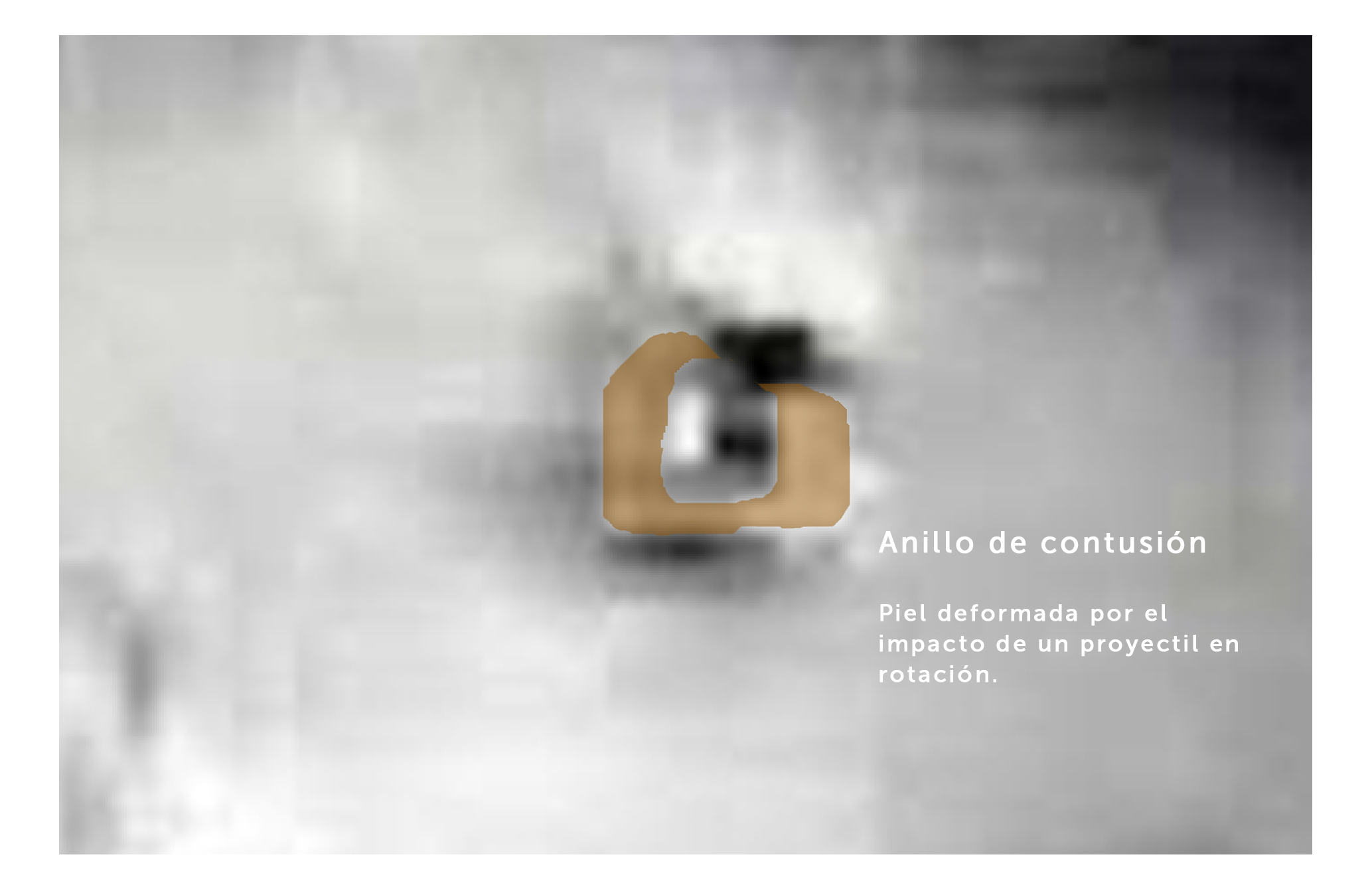 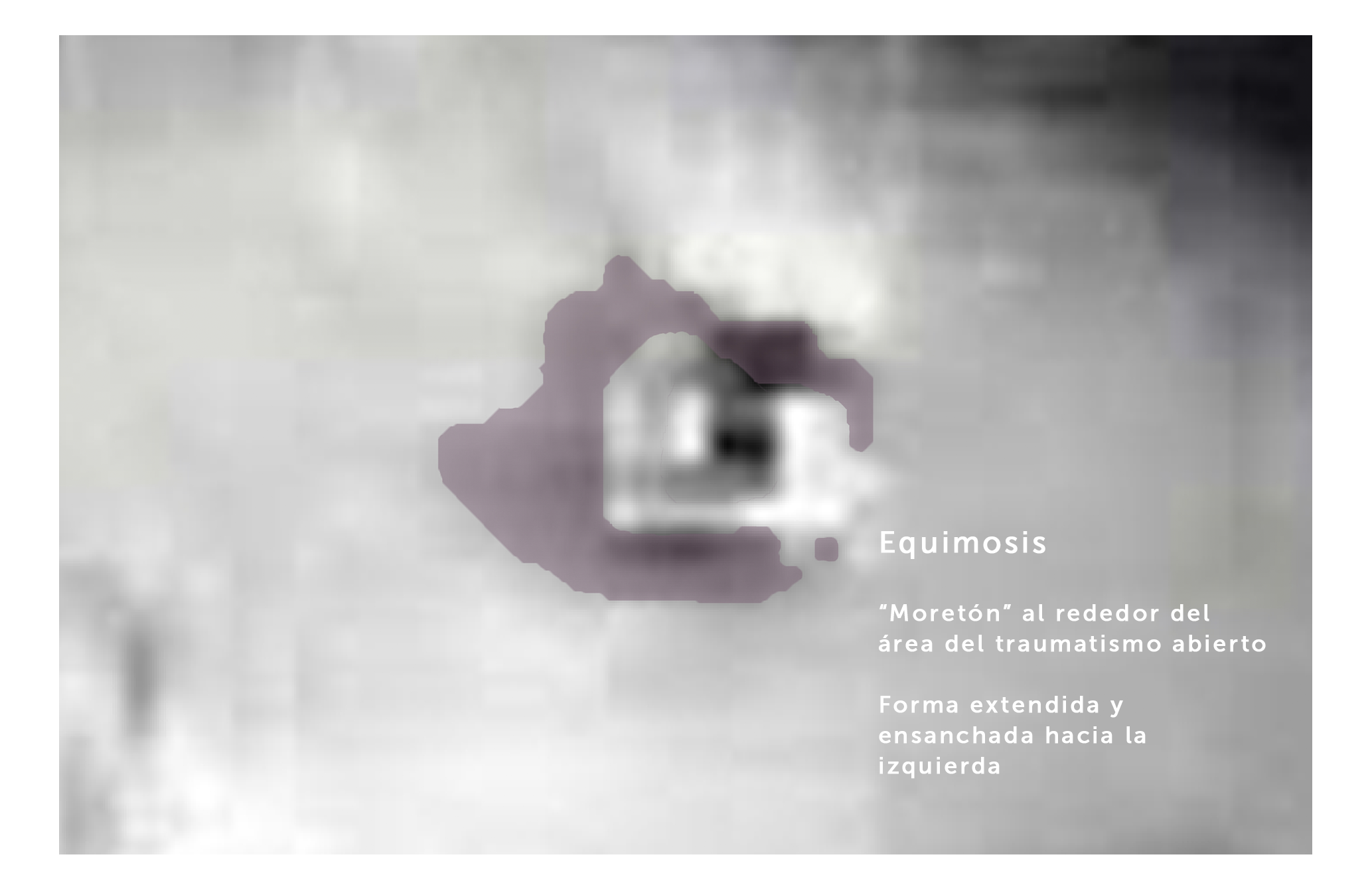 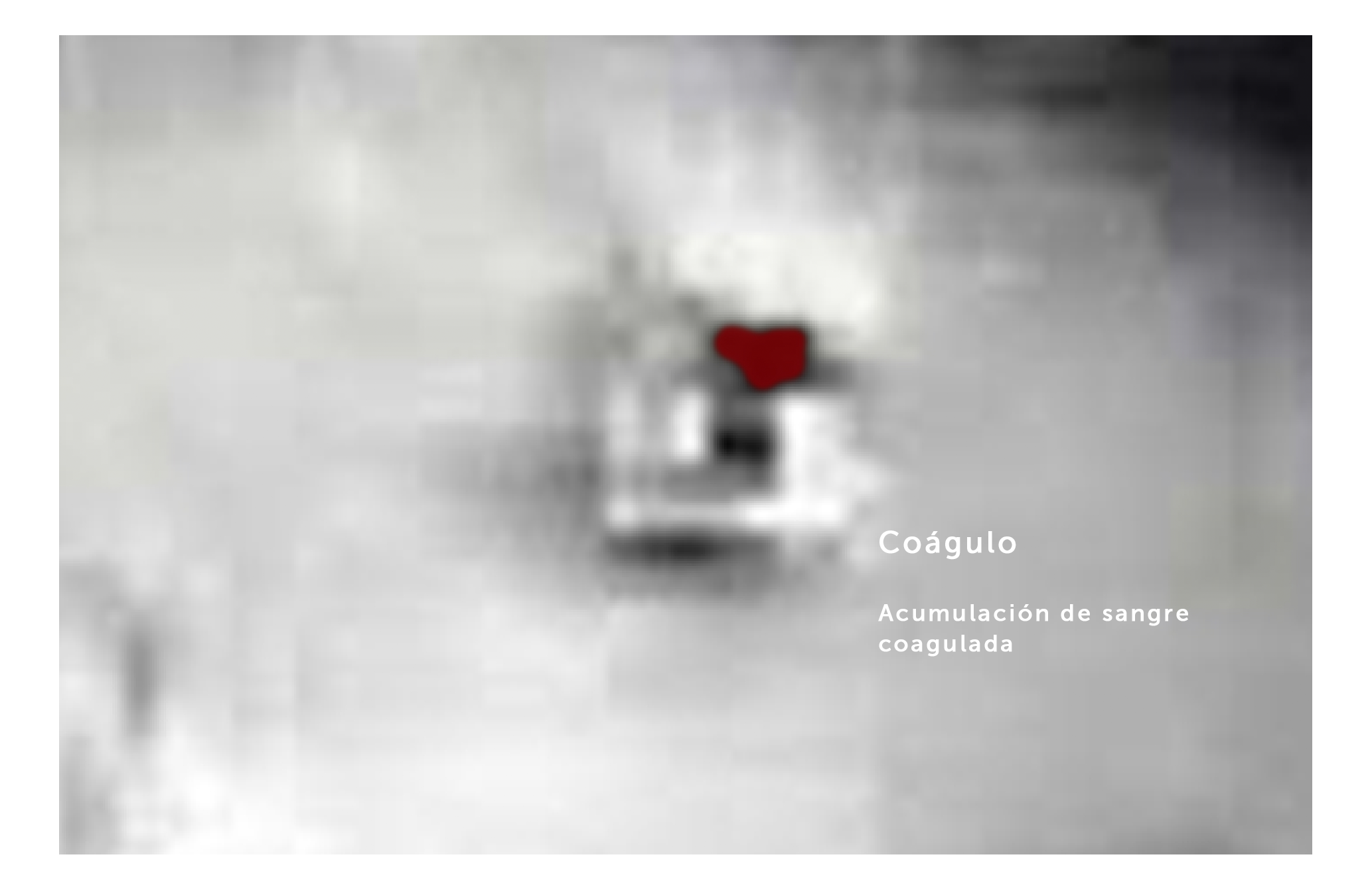 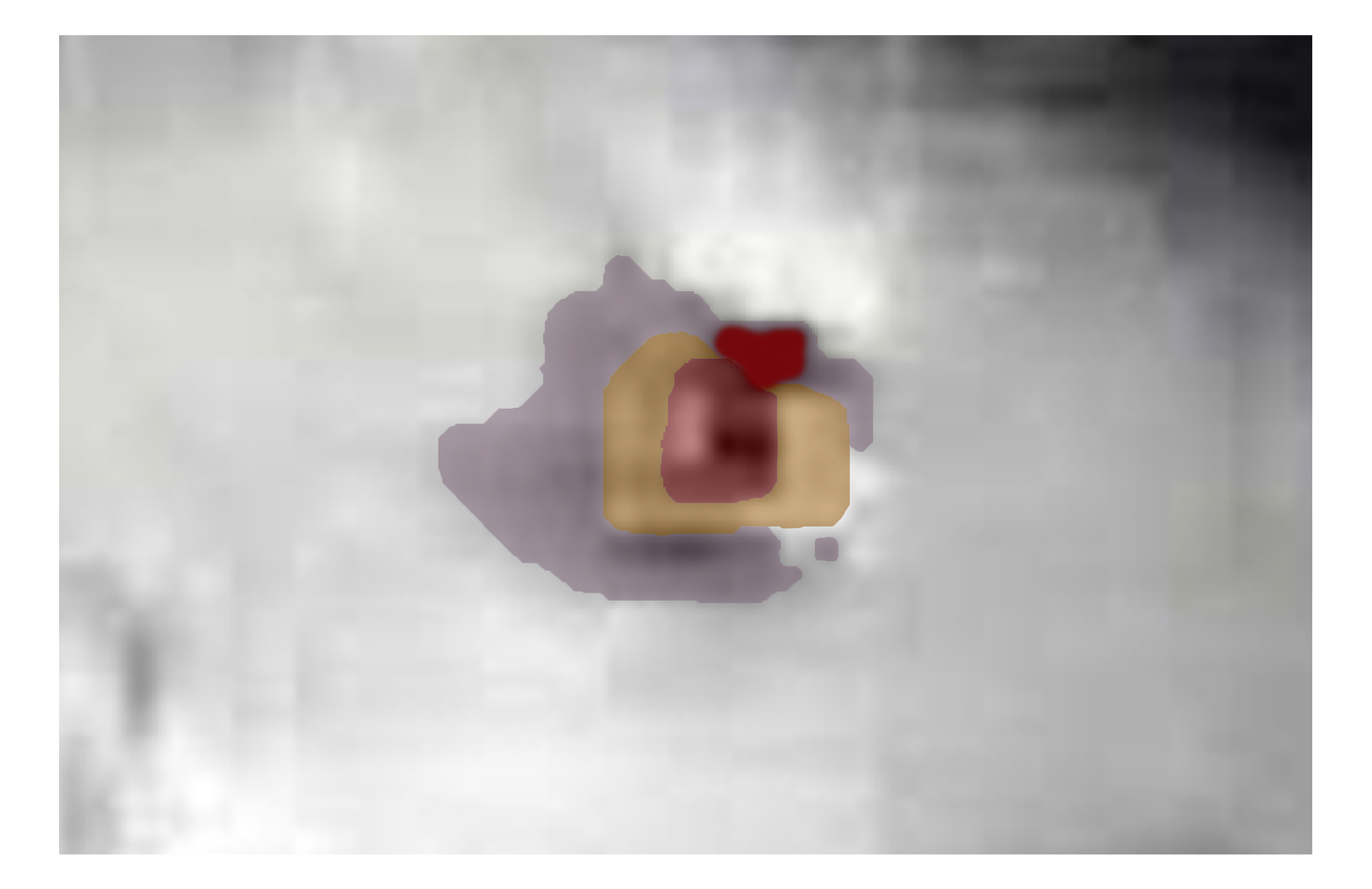 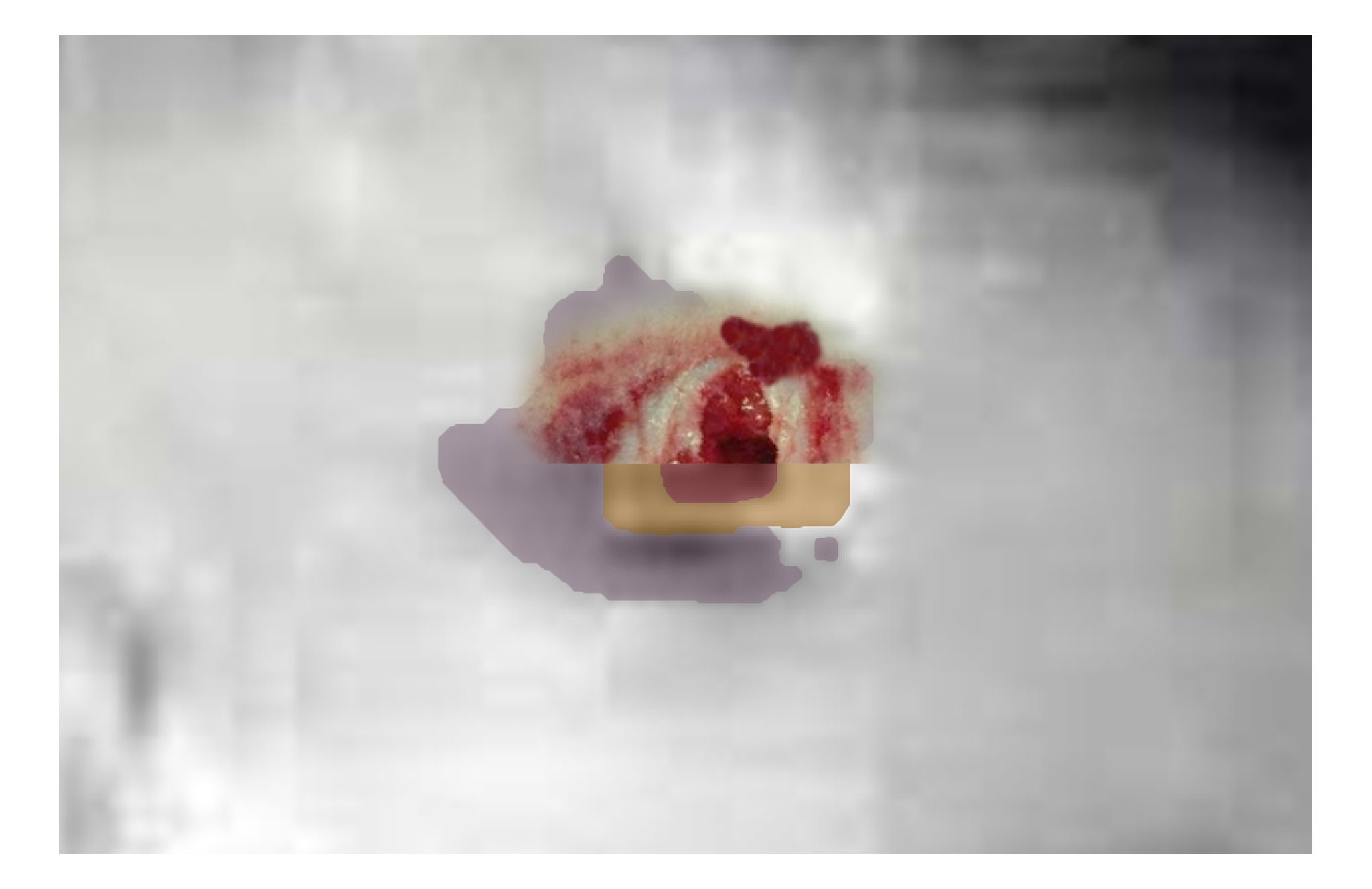 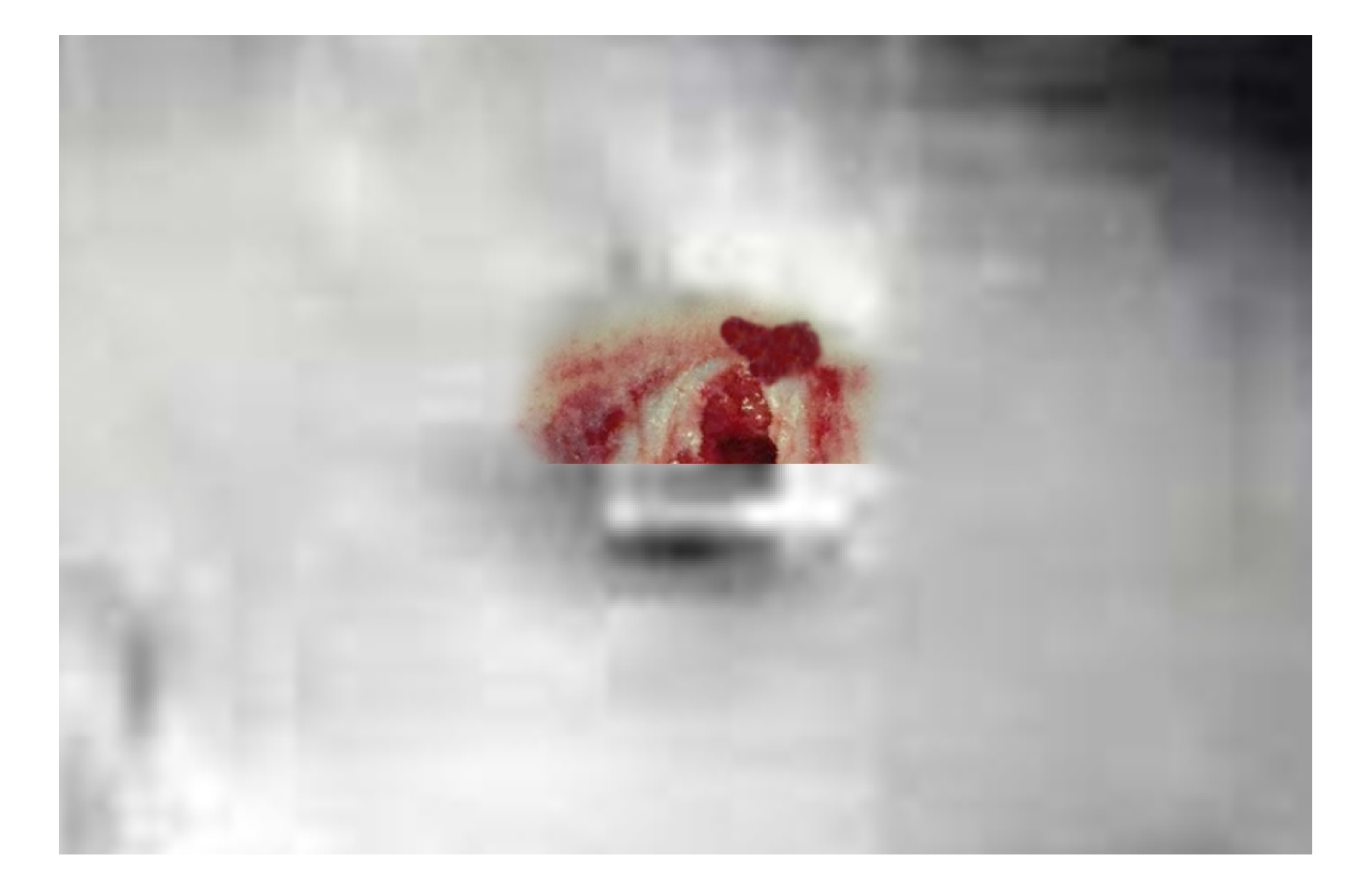 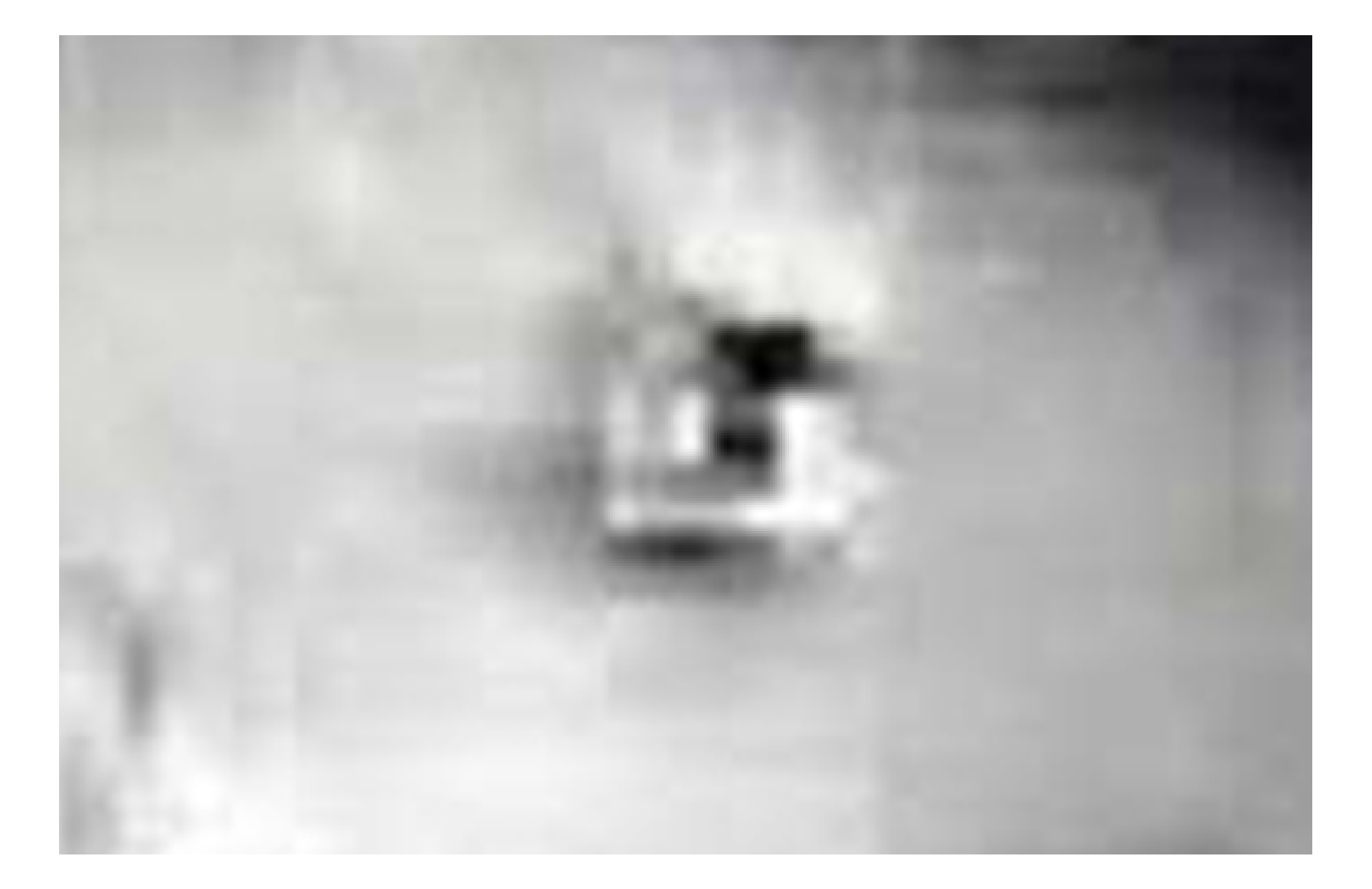 The medical-forensic report has been adapted to be presented as an artist talk in institutions like the Centro de la Imagen and the Contemporary Art University Museum (MUAC). The video documentation of its presentation at MUAC, was edited in order to extend to it our considerations about images.

Exhibition of the project at Biquini Wax EPS (2018) 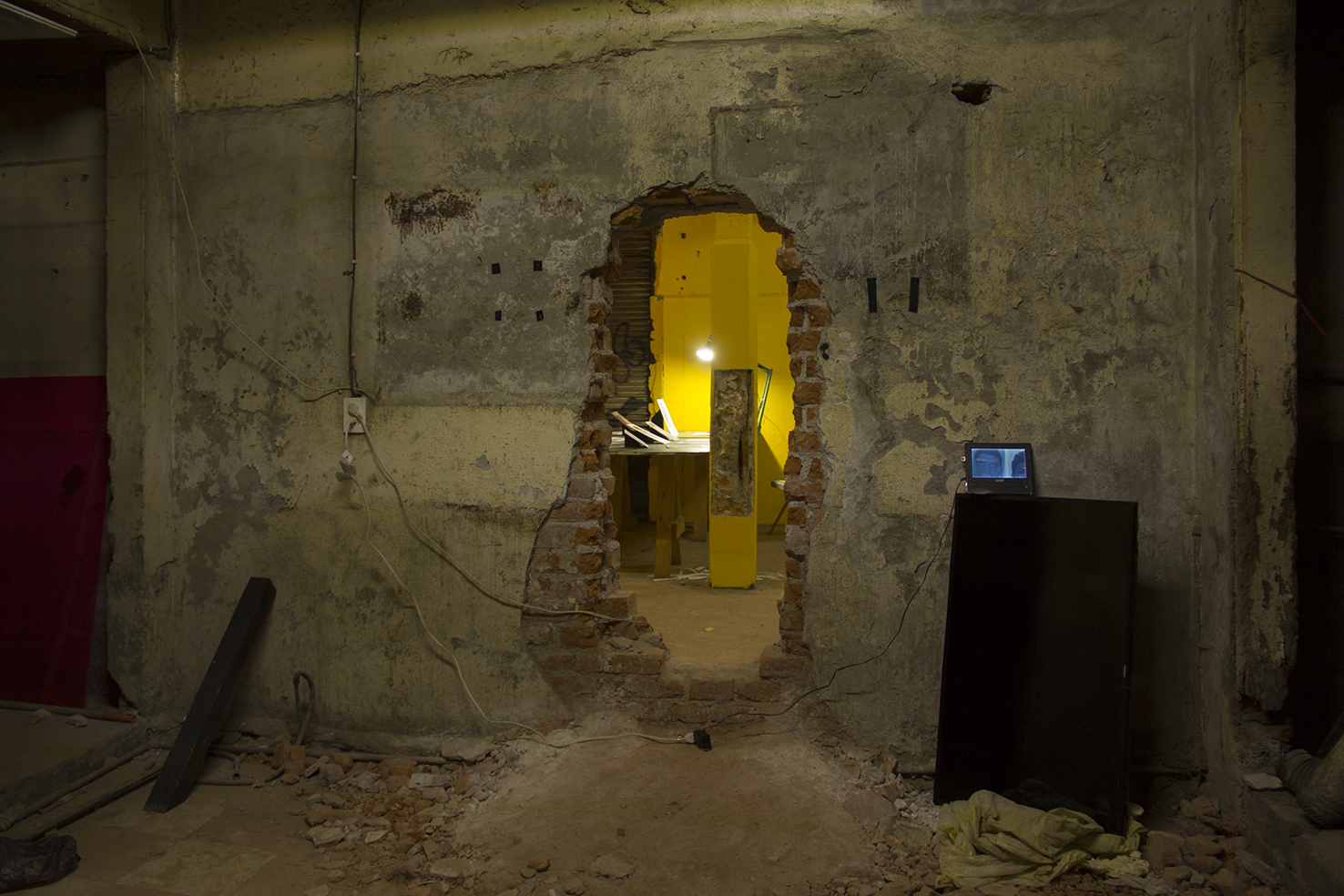 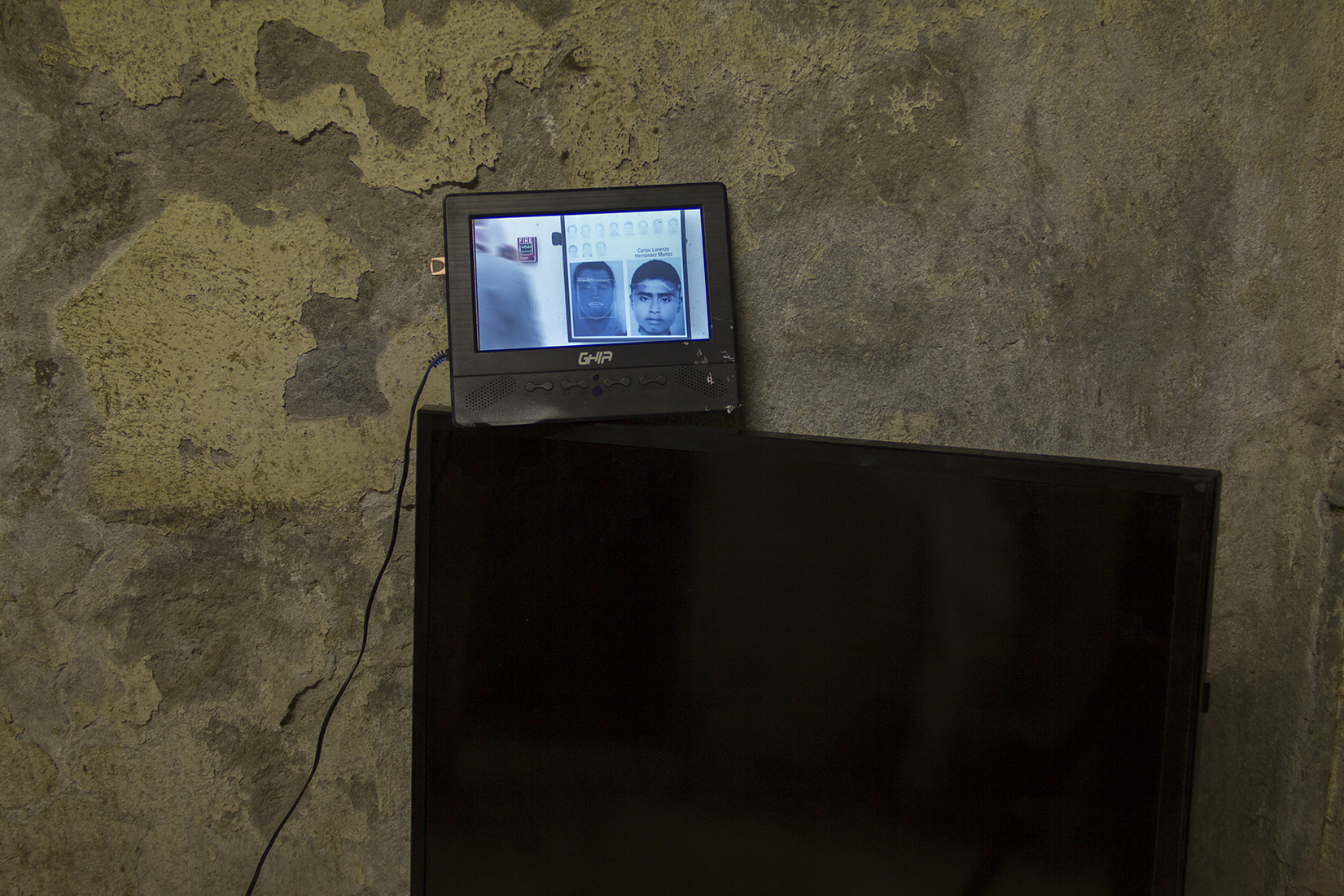 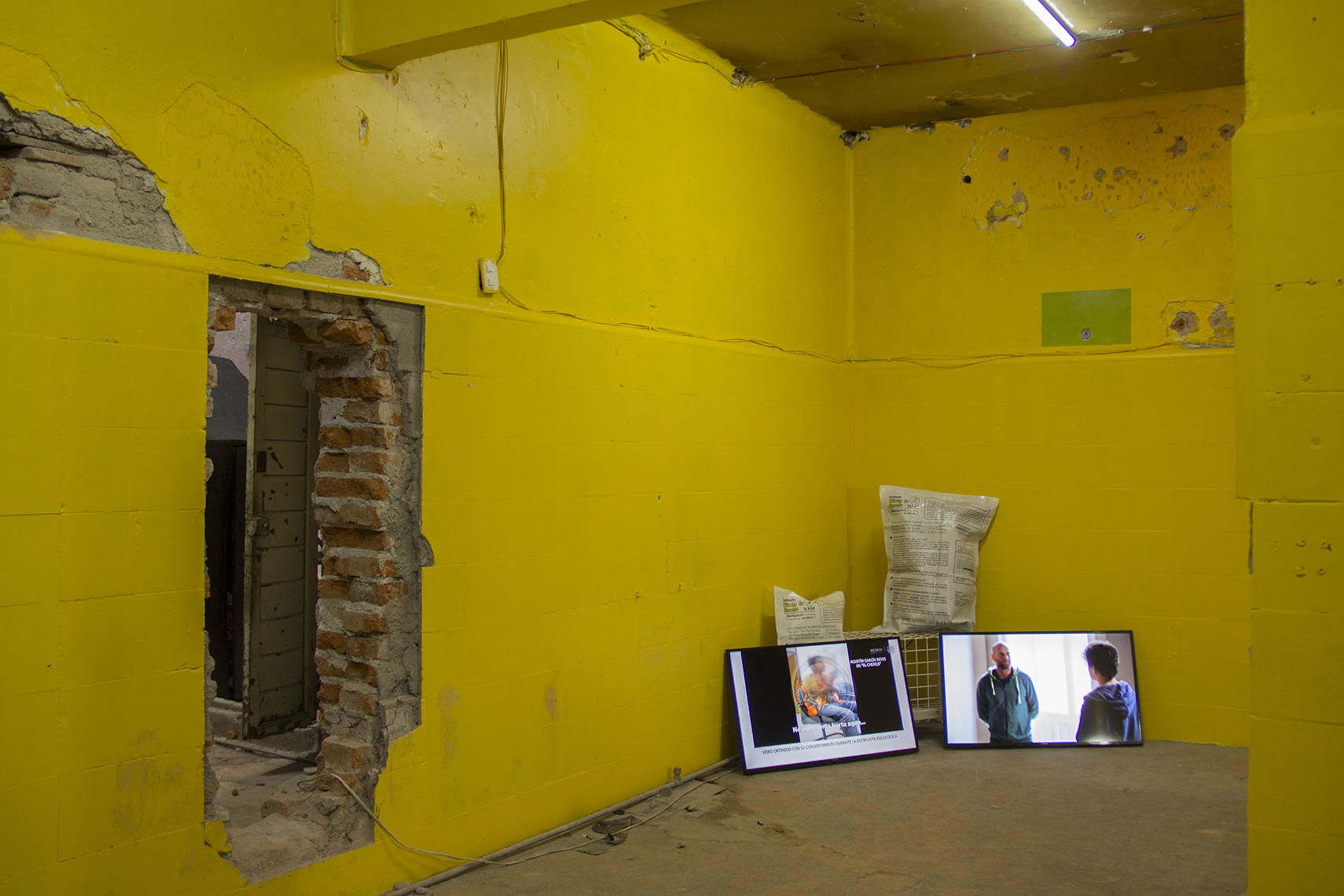 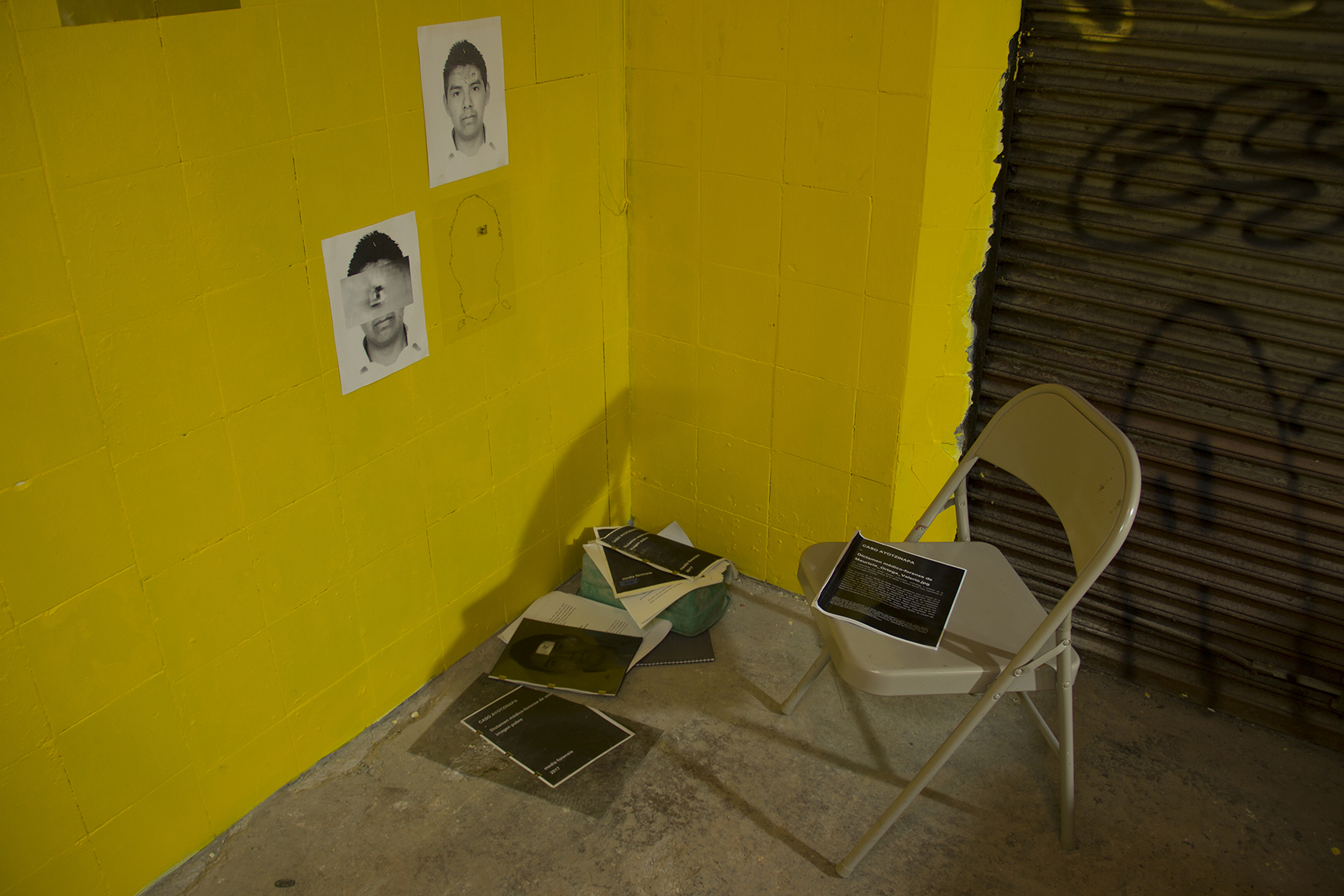 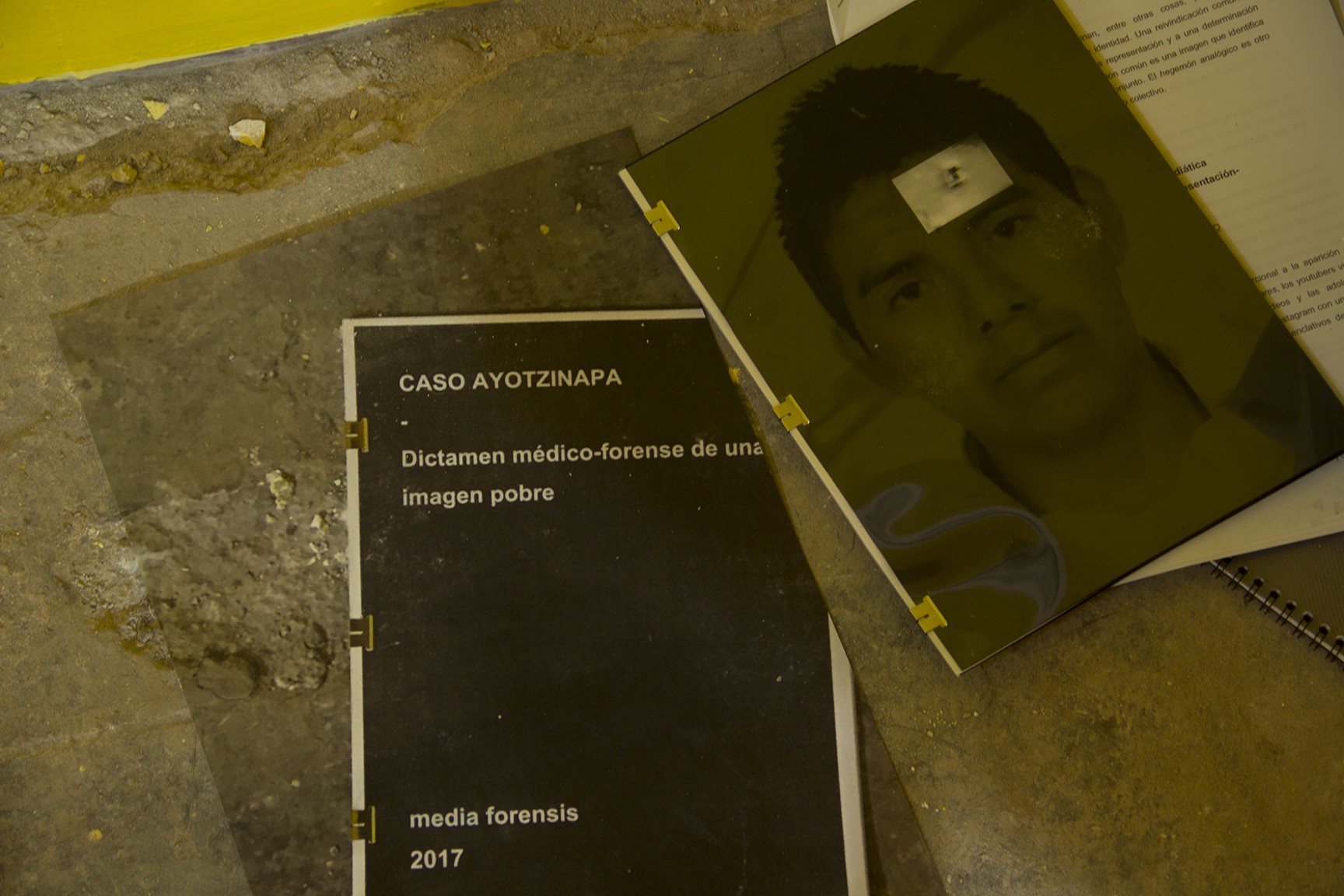 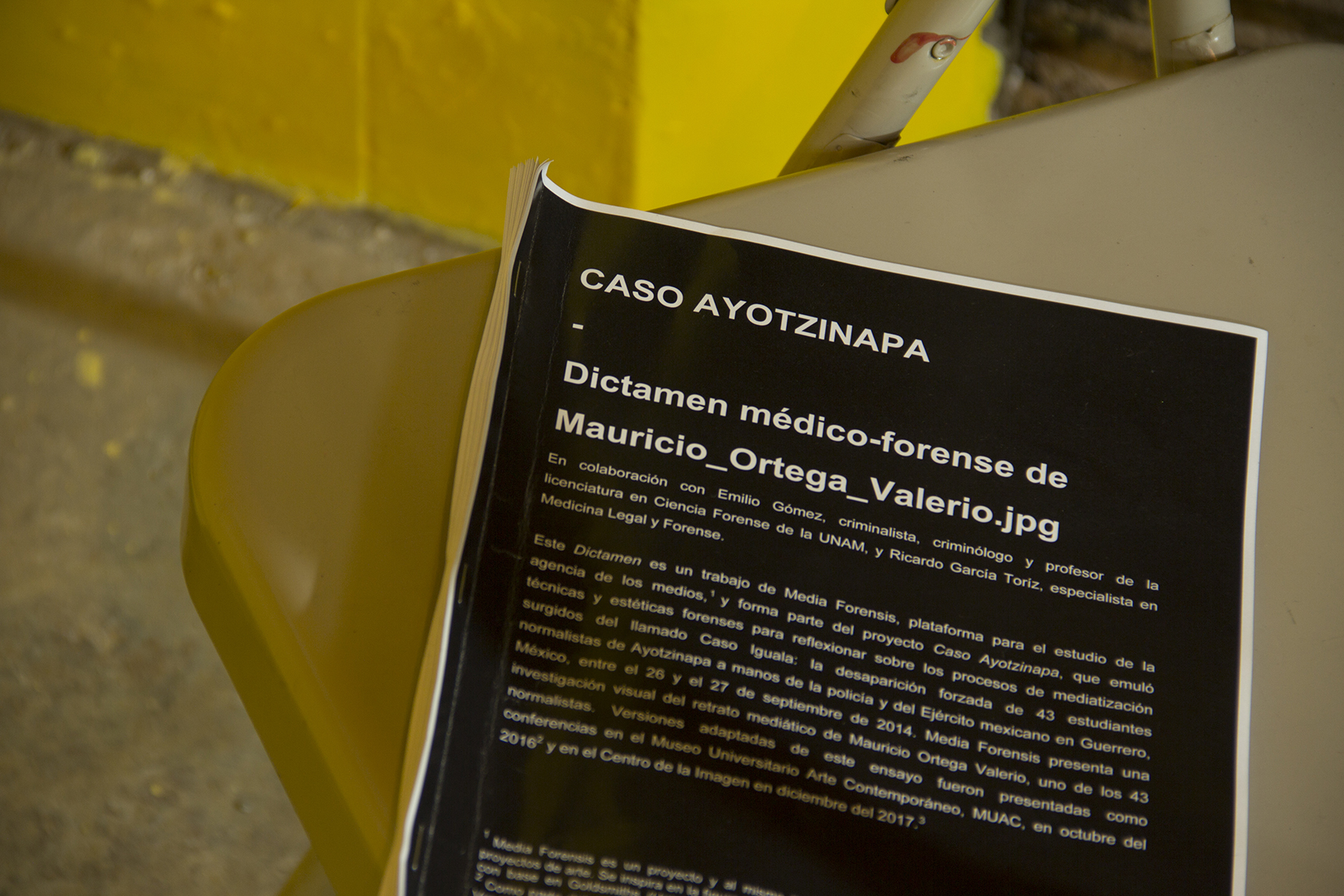 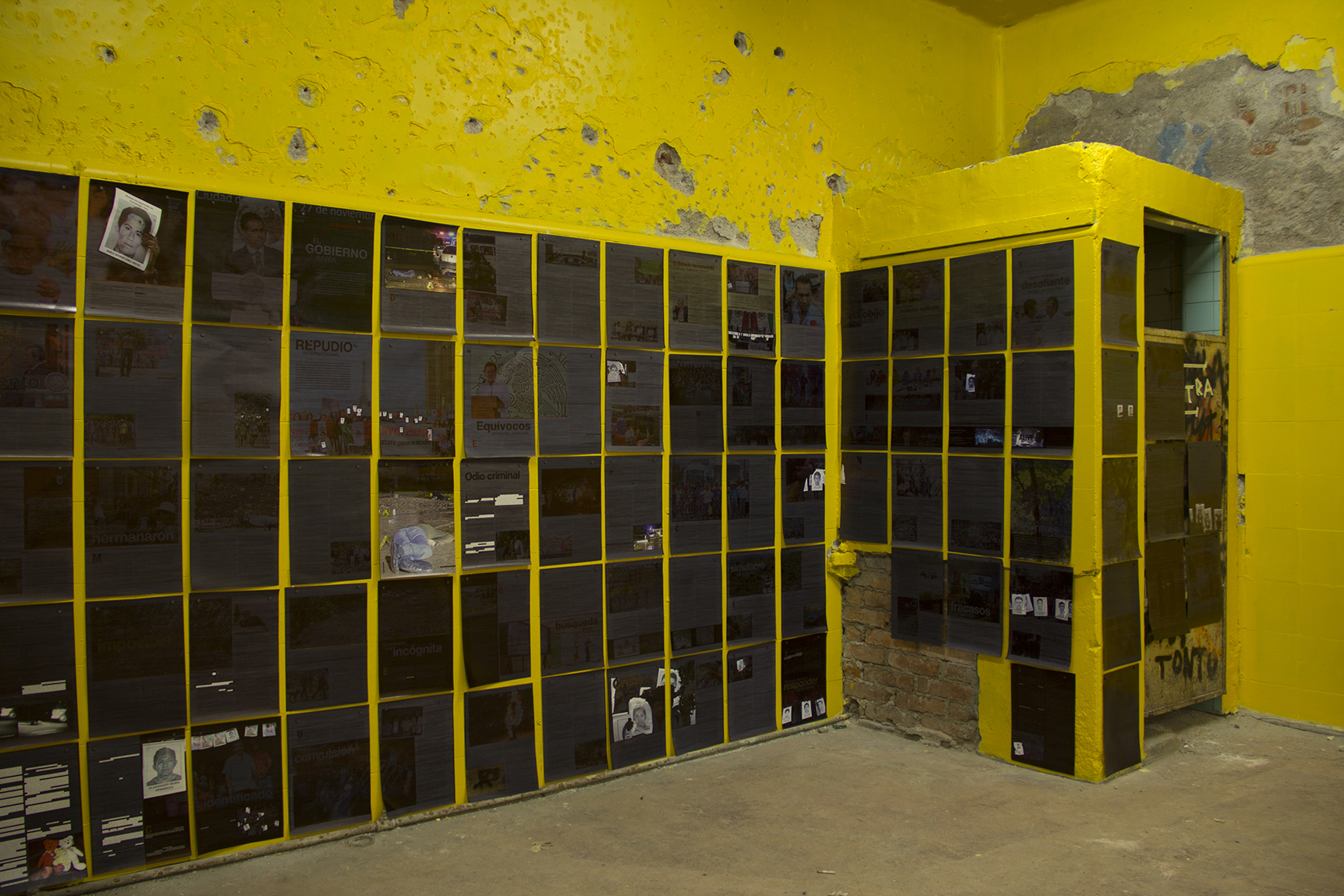 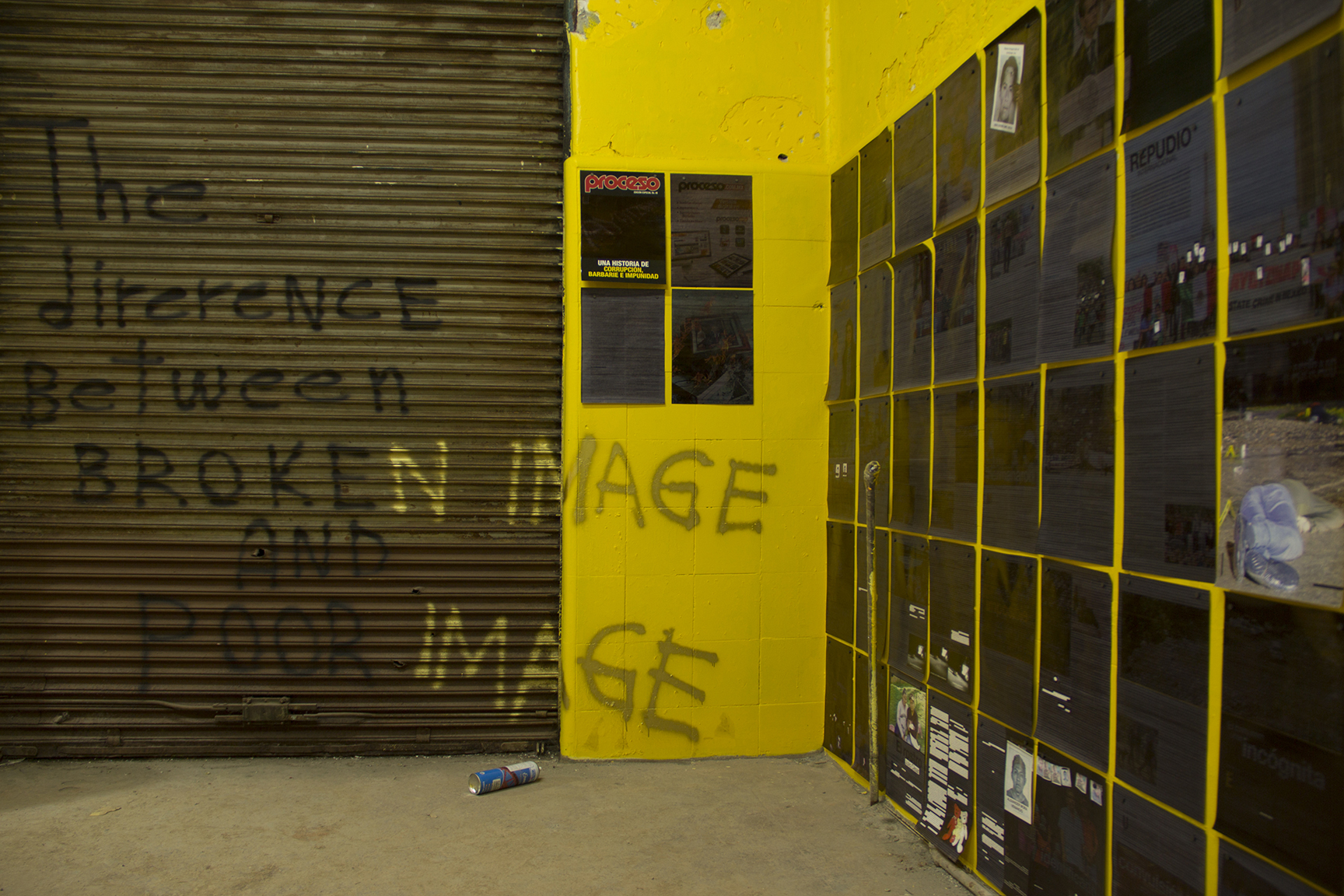 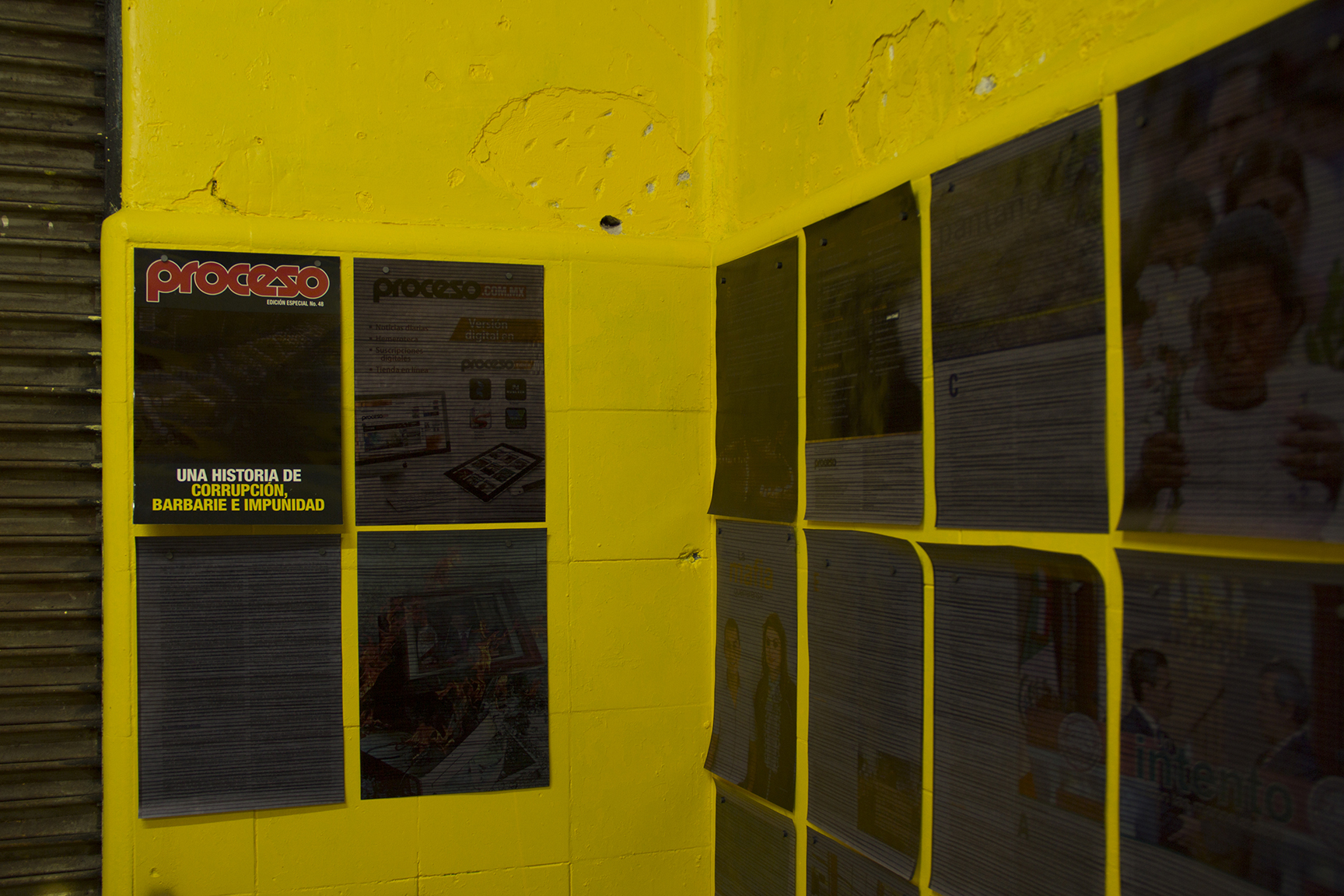 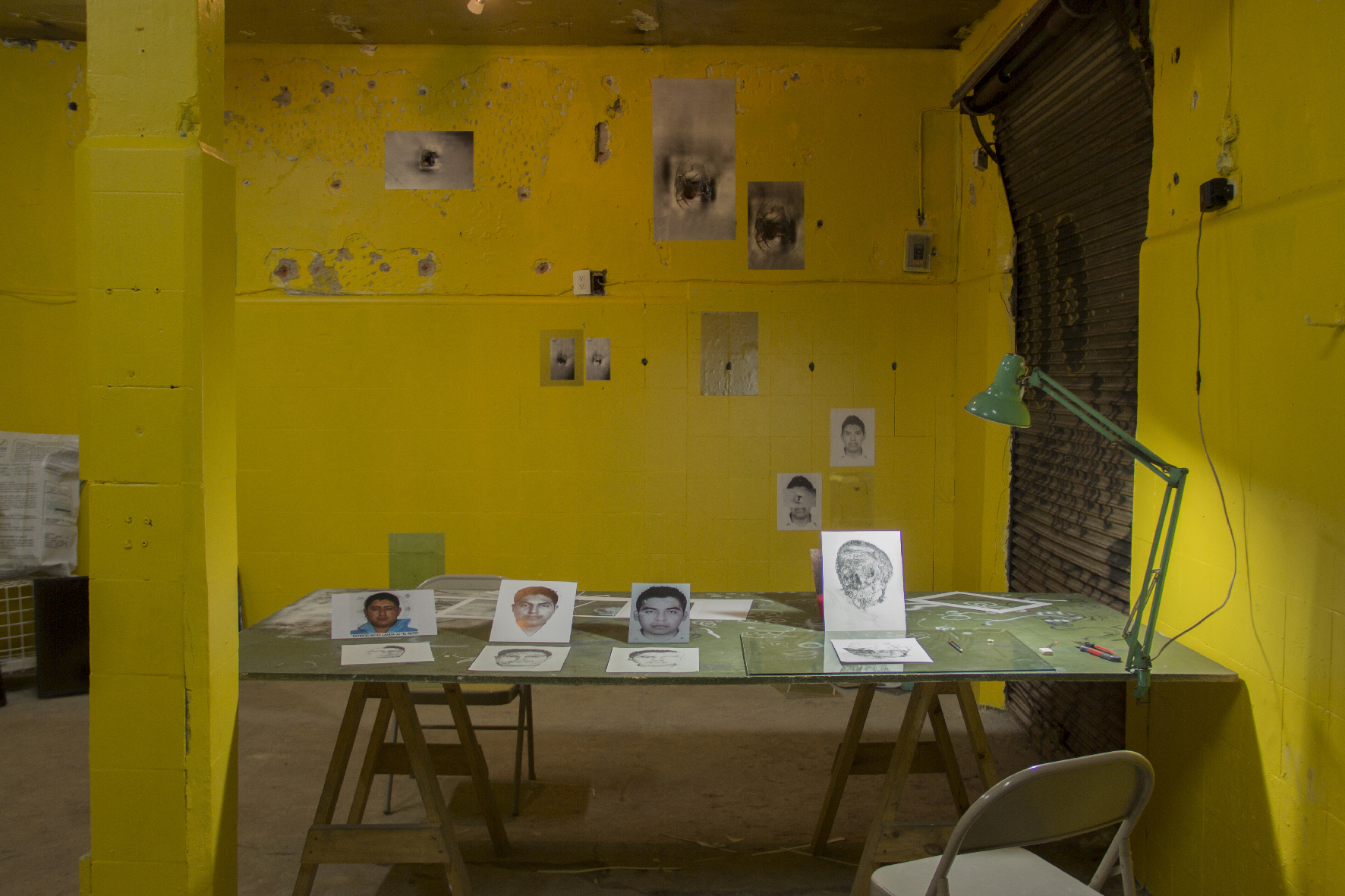 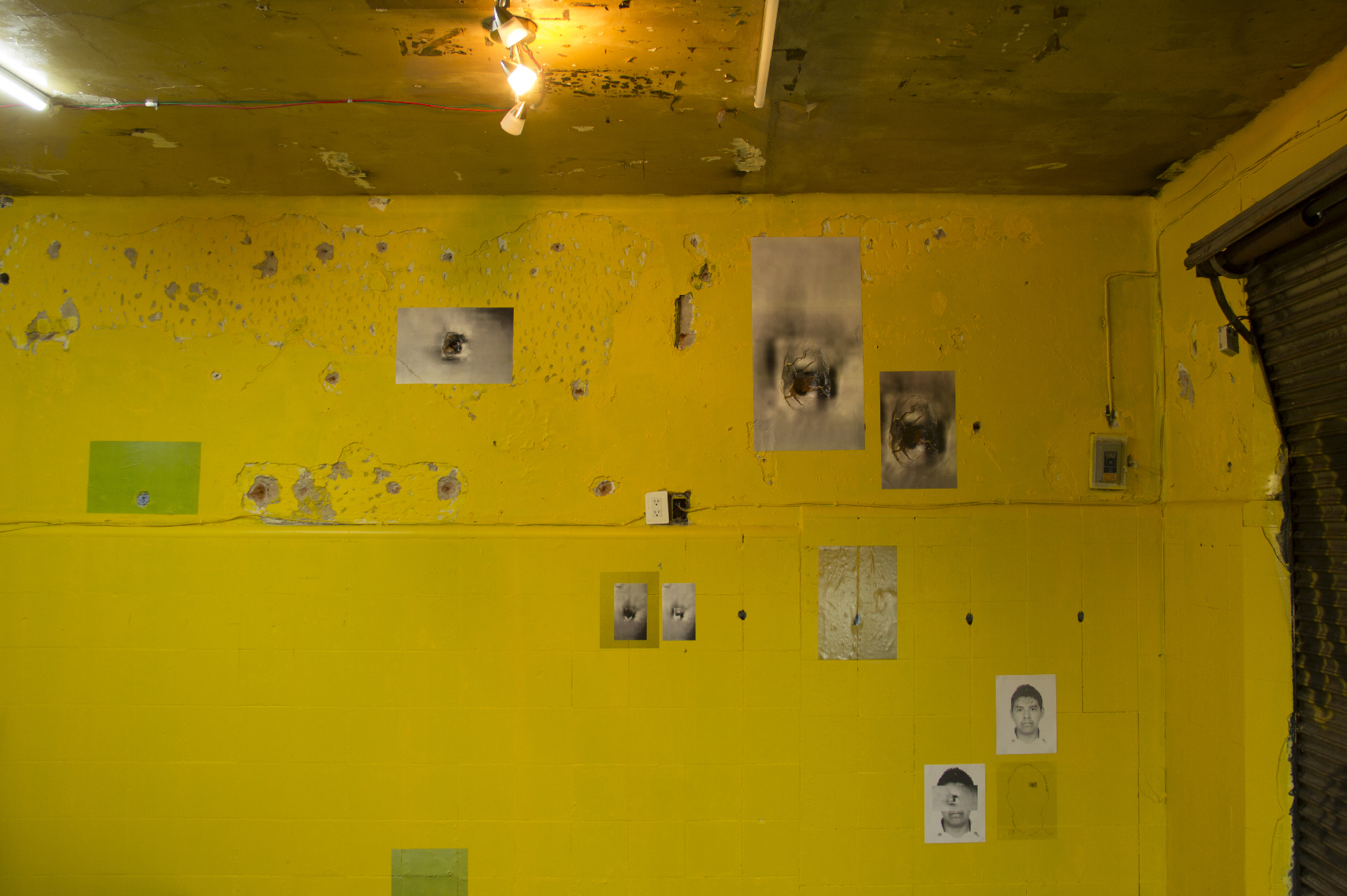 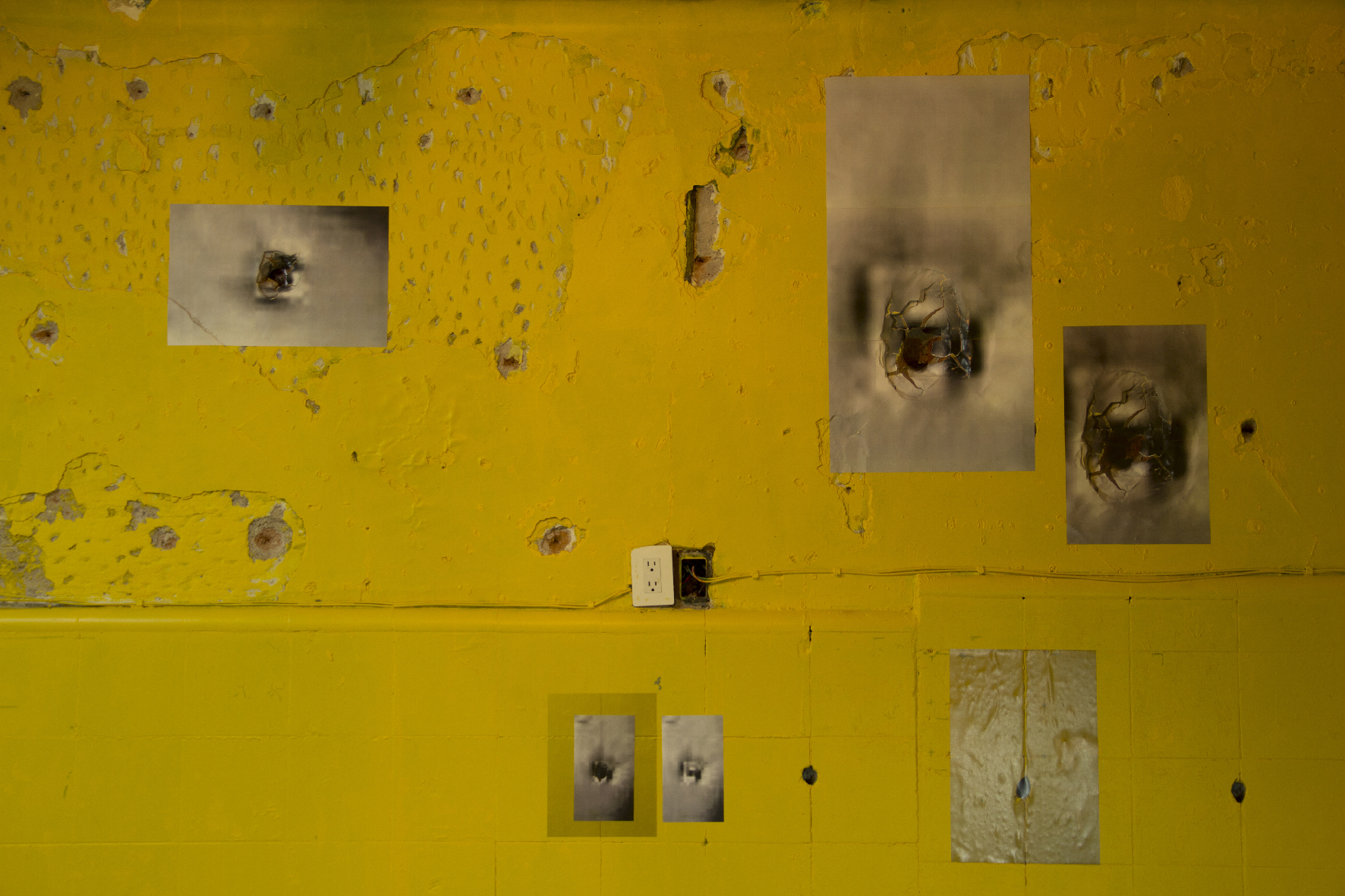 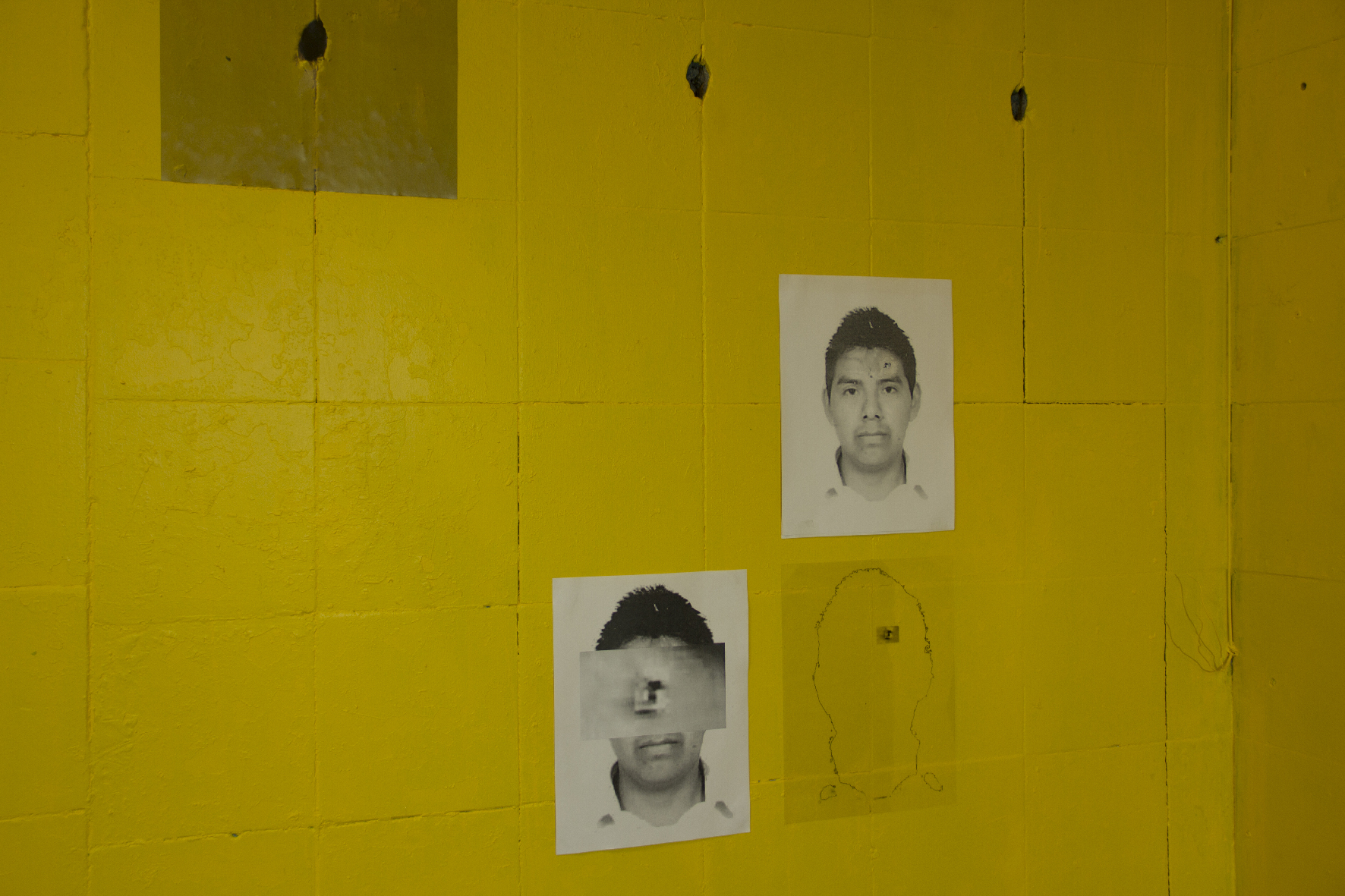 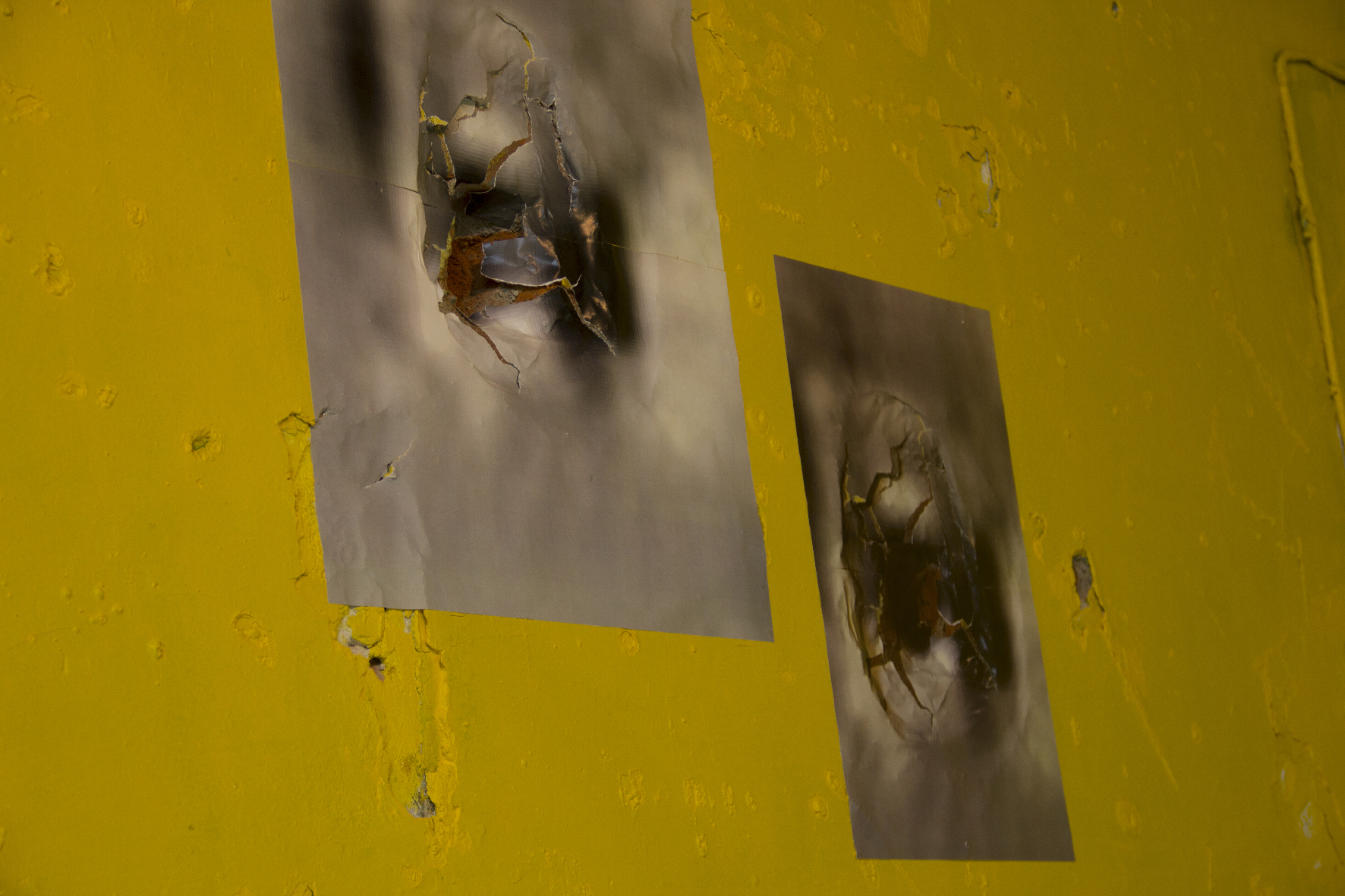 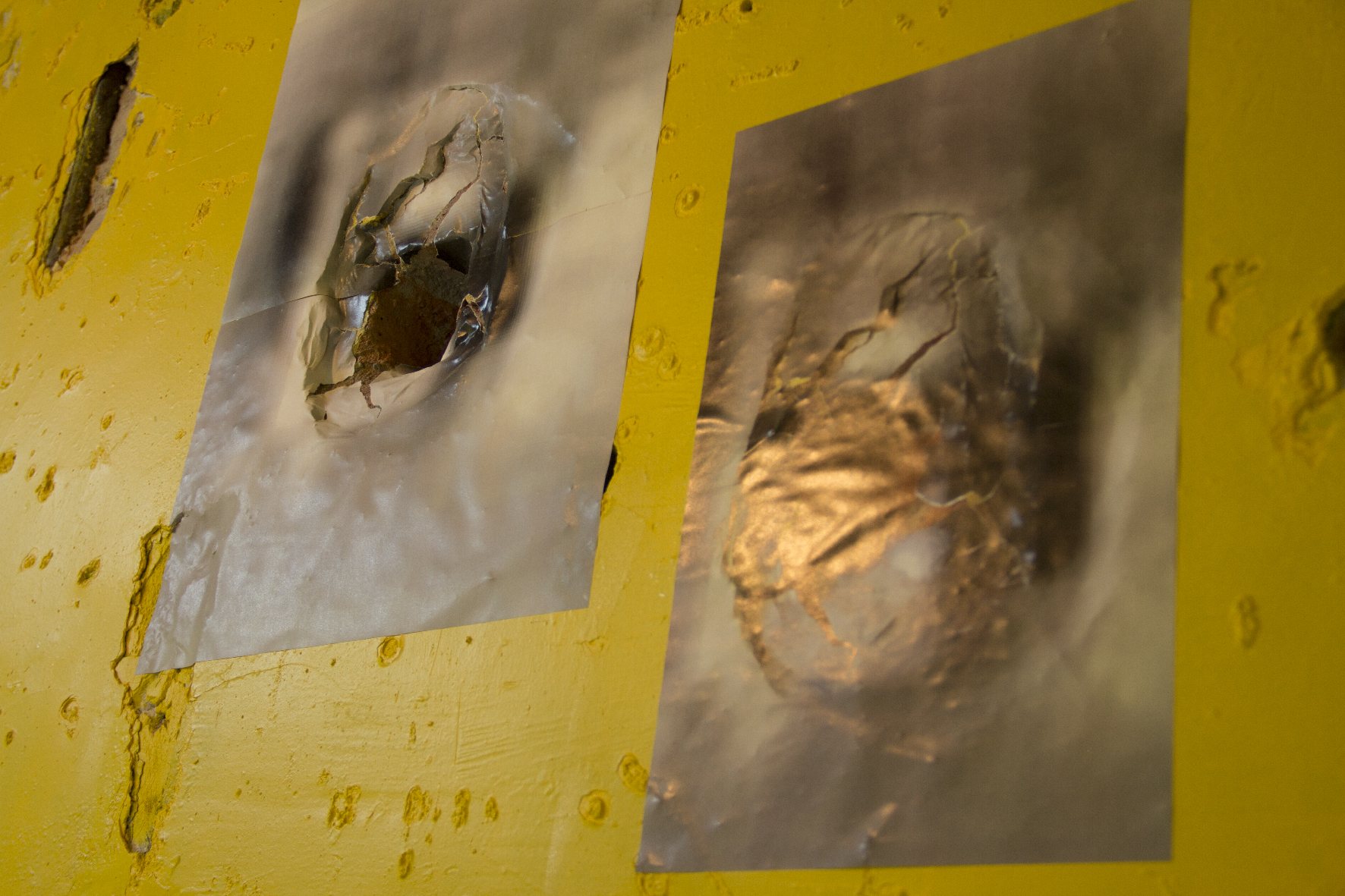 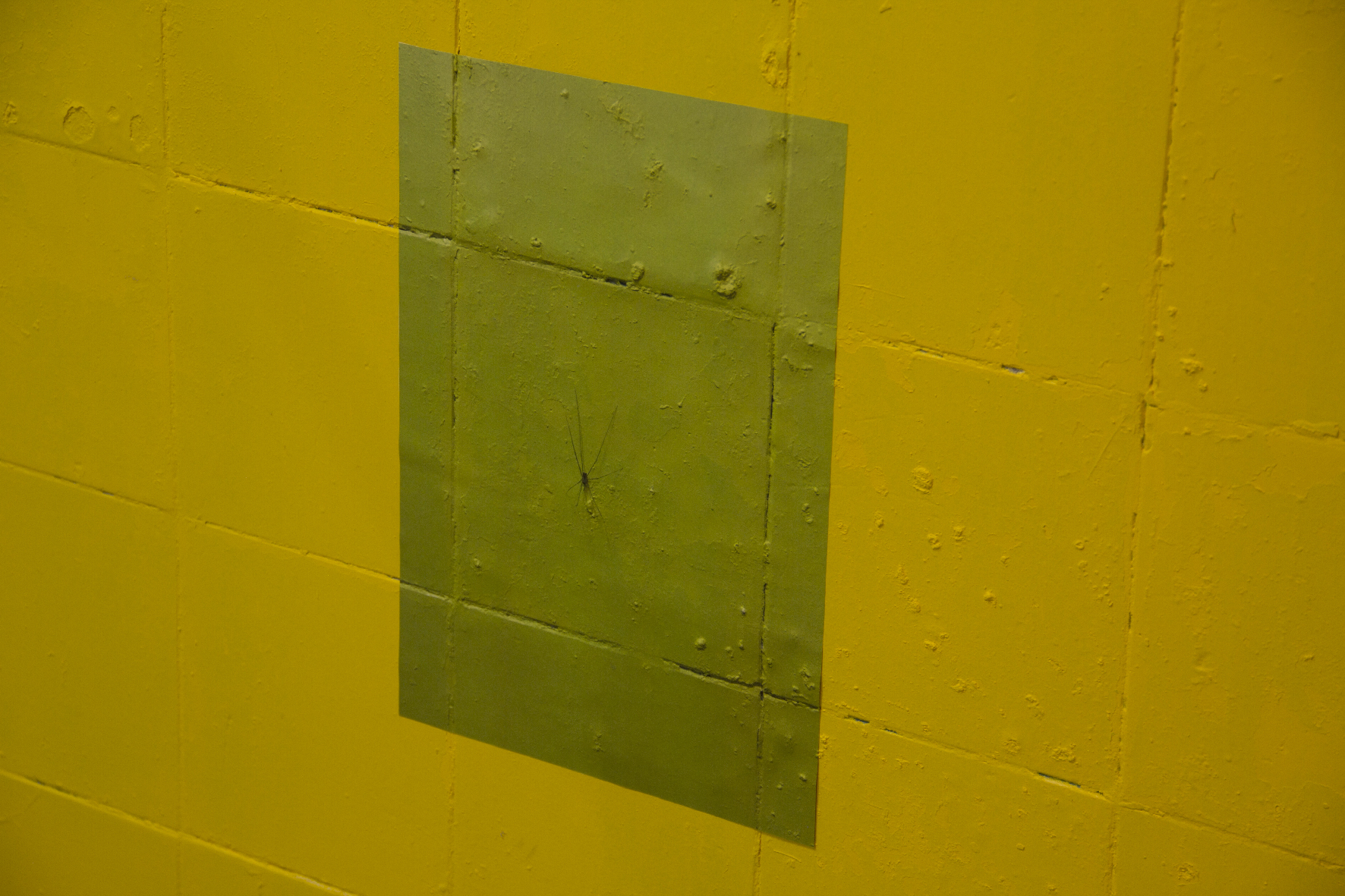 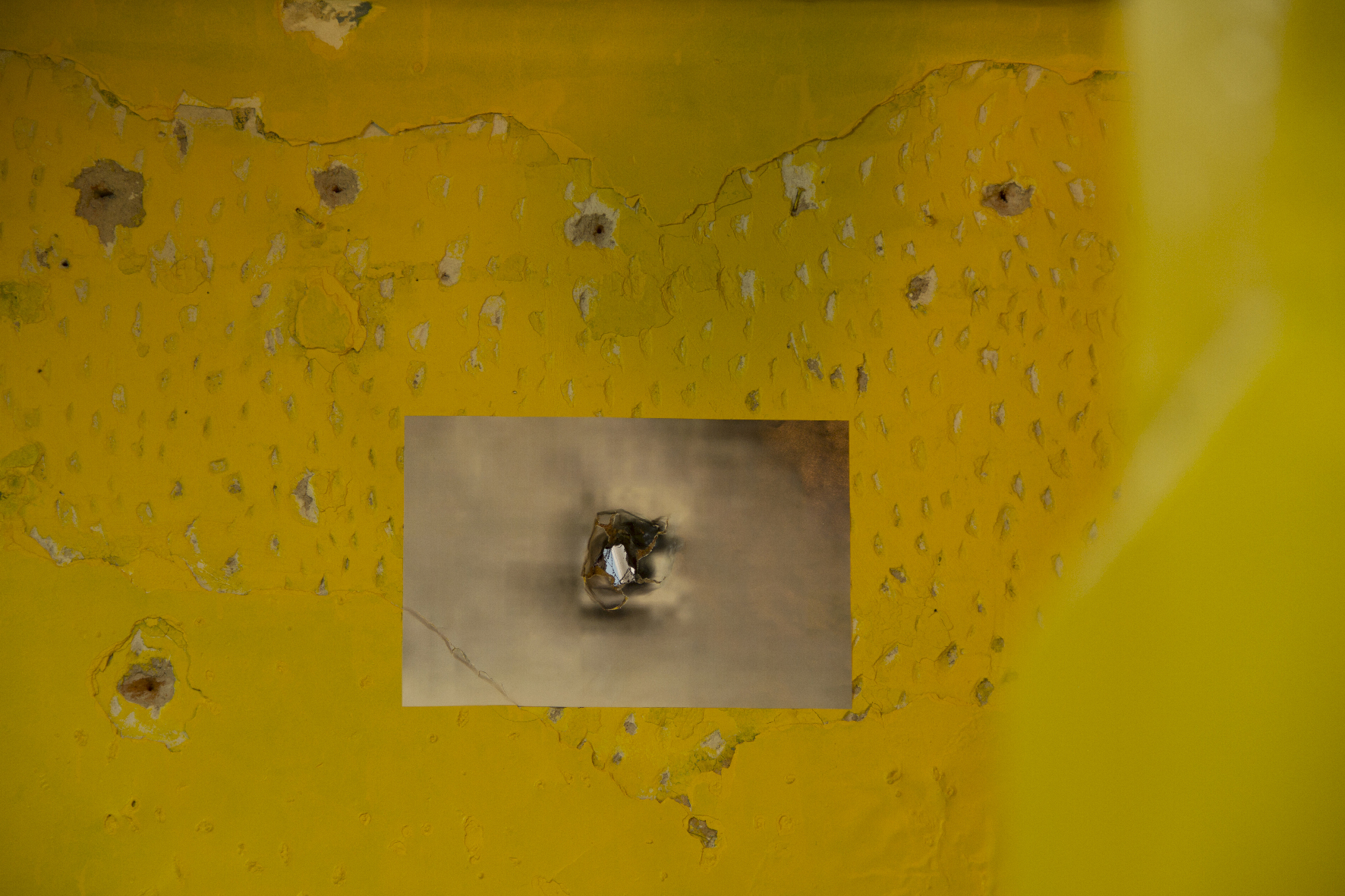 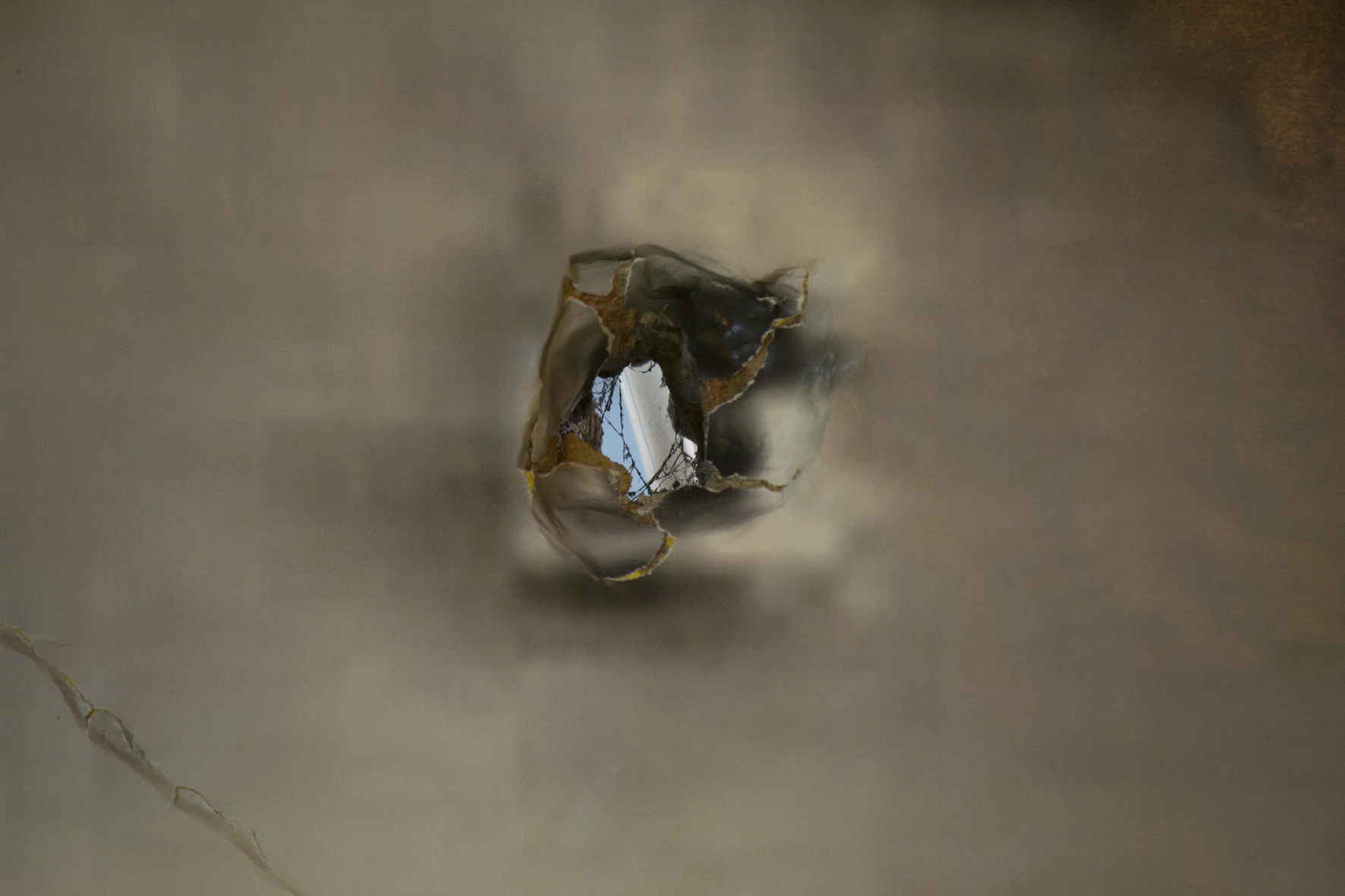 Views of the exhibition at Biquini Wax EPS, 2018